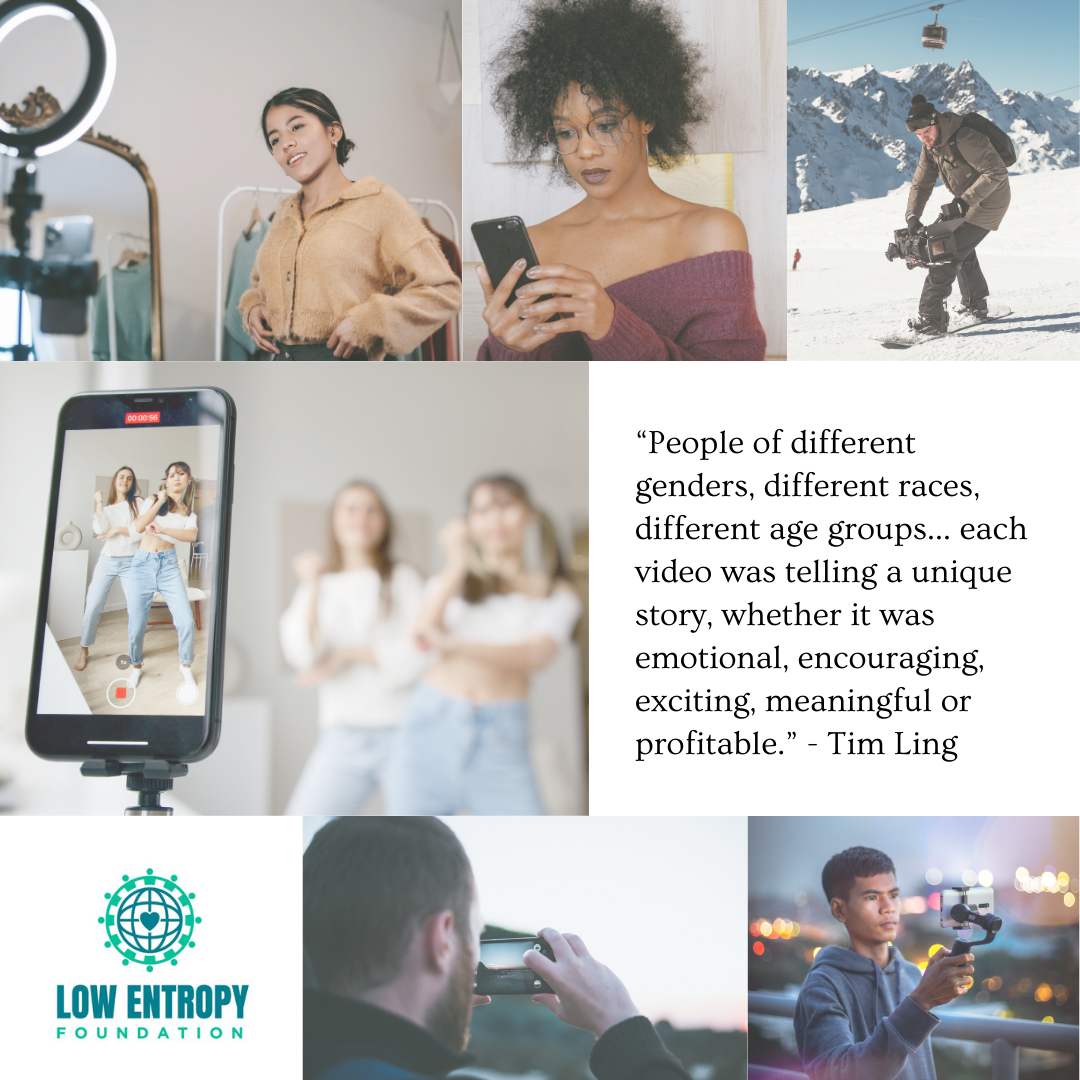 For Low Entropy Volunteer Writer Tim Ling, TikTok is not just the hottest app on his smartphone. No, it’s far more than that: TikTok is a global phenomenon that galvanizes Tim’s faith in humanity.

What is emotional intelligence? I’ve asked myself this question ever since I got the topic from Low Entropy. This phrase had only ever come to me before as a blurry image. I feel like it is a collection of all sorts of ideas, without any singular meaning. I even looked up the word in different languages, trying to find myself some kind of clue. Feeling dejected, I opened an app on my phone: TikTok.

People of different genders, different races, different age groups . . . each video was telling a unique story, whether it was emotional, encouraging, exciting, meaningful or profitable. This was how I “socialized” with the world by just staying at home. Watching those videos really helped me get back on my feet. It was a moment of relaxation.

This reminds me of my first experience with TikTok. I was very young, a total noob to social media. It was an interesting adventure for me to explore myself through social media.

Where I was born in China, my home country, we didn’t have much social media technology. China was, and still is, a developing country. The social media infrastructure of the country was incomplete during that time. WeChat didn’t become a widespread platform until 2014. Everything was brand new, like a newborn baby growing into a young man, just like me.

TikTok is pretty viral now, but it was just a newborn, like many others, in 2016. When I first tried TikTok, most of the videos were about spectacle. Publishers tried to attract users with attention-grabbing videos. This was TikTok as a small child, using a very simple technique, knowing the basic idea that nice views make people feel happy. Then, in 2017, interest turned to funny videos that would make people laugh. TikTok was now like a kid growing smarter, understanding that audiences wanted entertainment. 2018 was the best year that I remember. It was about emotions: videos of inspiring or comforting people, speaking, teaching us life lessons. TikTok, the teenager, had met some difficulties in life and was seeking comfort, and here it was. One year later TikTok grew into a mature young man. People starting doing business and selling products on TikTok: movie makers, artists, musicians, teachers, e-commerce marketers, etc . . . However, these stories still retained the emotional content of previous years. Before trying to make a profit, people were telling stories of themselves, making connections and comforting lonely souls.

You may have suspected that, as TikTok matured, I was also going through this progression. Yes, I was that growing kid as well: we are a generation growing alongside social media. I’m lucky enough to have TikTok as my childhood partner. In the three years I grew with TikTok, I progressed from being a kid looking for entertainment, to a listener. I was less likely to lose my temper, knowing that there were so many nice people around me.

TikTok reflects every person around me. Videos, music and stories are mostly collected from people and places I often visit – TikTok’s AI automatically does that. This is also the reason why I have such a deep connection with it.

In other words, TikTok is a medium that showed me a world – the world outside my little house that I had never seen before, the thing that enriched my childhood.

However, not every video on TikTok is about comfort and joy. Although we would very much love to, we don’t actually live in a fairy tale world. Tragedies happen around us all the time. TikTok brought me that point of view as well.

People would make videos about their companies going bankrupt, or their friends having just been in a car accident, or being diagnosed with an illness . . . they conveyed emotions I had never experienced before. It was shocking for me to see how some people would have extreme reactions to emotional situations, only for me to realize that I didn’t really have the right to criticize. This led me to deeper consideration how I might respond to the same situations, and what actually caused those problems. Nobody was there to tell me that this was an answerless question. After hundreds and hundreds of videos, I finally realized that it was unpredictable. You could never really know what the person in each video was experiencing.

However, people also seemed to recover from these episodes. The same person publishing a sad video could also publish a joyous one at the same time. Some people seemed to hide their negative emotions to show the public a positive image, an encouraging image, a grateful image, even though those people might also be experiencing something depressing in their lives at the same time. They had learned to manage their emotions.

As I later learned, that is what the world is like around us. People learn to hide what hurts them inside their hearts and show the best for the world. You would never know that a teacher, smiling in front of a classroom of students, may have just heard that their loved one had just passed away. Or a doctor, whose family member was just injured in a traffic accident, might still push through, staying at their post, saving more lives.

This was when I realized that there’s more warmth in the world than I thought.

With this sense of warmth flowing through my heart, I opened TikTok once again, sliding down one video after another, seeking my own cure for the day, wiping away the unhappiness. The world is an honourable place.

What reminds you of the warmth in this world? Let us know in the comments below or at a Conscious Connections meeting. Hm . . . what am I forgetting . . . oh, right! You can also check us out on TikTok! 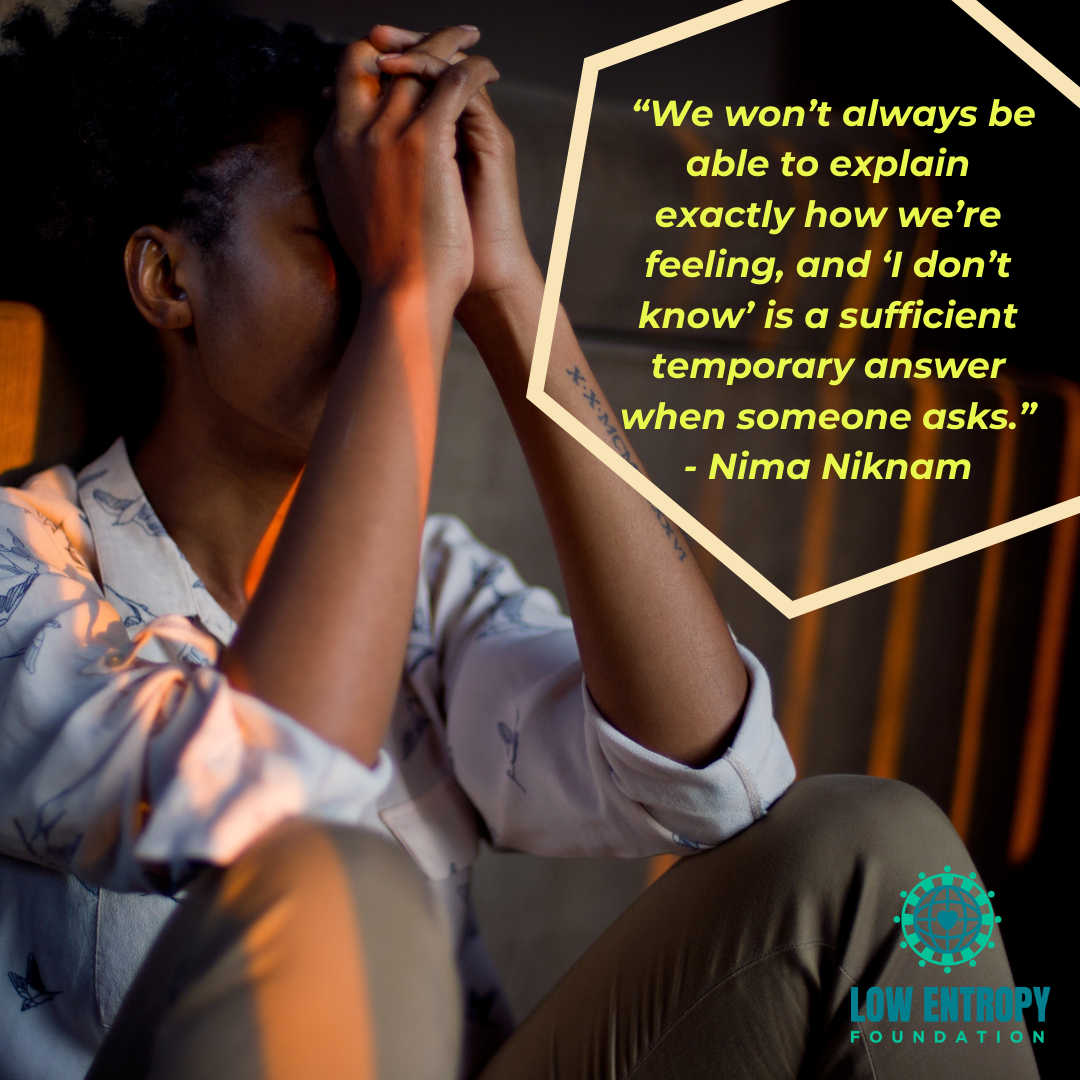 How do we communicate what we are feeling? Low Entropy Volunteer Writer Nima Niknam offers insight into navigating the complexity... 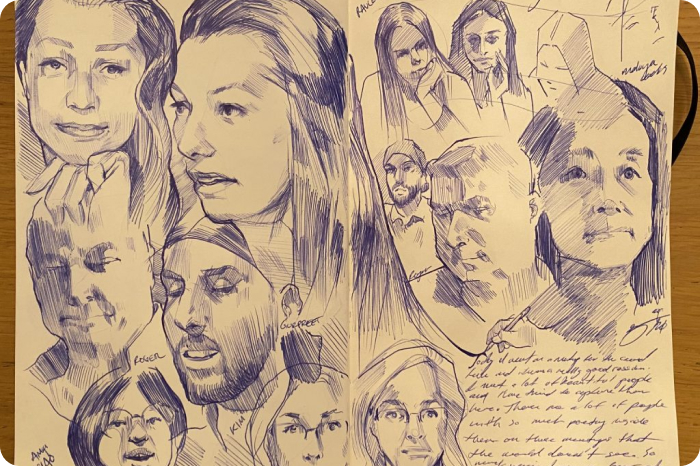 Let’s Talk About Our Emotions

How do we deal with emotions? There is not an easy answer to that. How can we share our feelings... 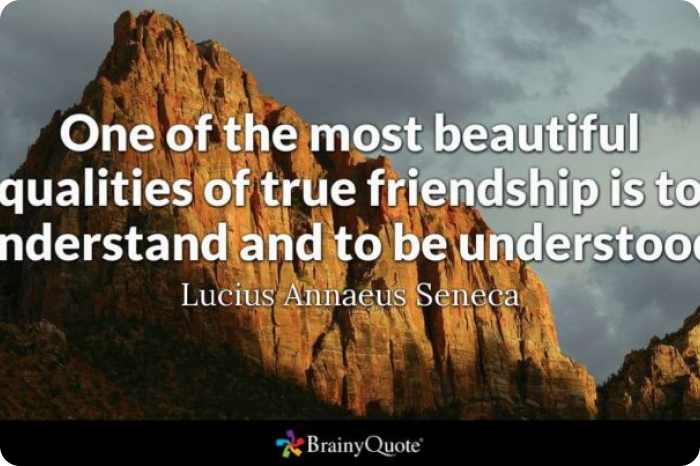